Learning no matter what! Yeah for first graders!

Last week and yesterday I was all fired up to write about testing once again. It is that time of year where we are giving the first base line tests. This year only to 1st and 2nd graders. (in both reading and math)

I am the test coordinator so I see all the kids testing, I deal with all the computer craziness and all the kids who don’t have a clue about English let alone the computer. I had so much to say – just like last year but today’s testing sent me down a different road. (I love when that happens – the road least taken!)

It was a first grader who lead me down this path. She is feisty but very friendly. She had missed a day of testing so she was set for a make up test today.

It started this morning when she was completing her reading test with her class. Everyone else was done, had returned to the classroom and she remained with me to finish the last few questions.

She was happy to work alone talking her way through each question.

“No, that is not the answer! Let’s try this. Hmmm I don’t think that makes sense in this question.”

This chatter went on and on.  As I listened I realize she was, in a way, teaching herself as she took the test. When new questions came up she used information from others to help her out. It was taking her forever to finish the test but it did not seem to bother her.

I worried about it but as the afternoon came around I picked her up once again to finish her math test which had been started the week before. We walked out of art and my heart sank since I loved art class as a kid and felt bad about removing her from this class to test. She was more than happy to come and test. “I just love computers” she says as we walk into the lab.

There she sat for the next hour and 15 minutes doing about 20 question of math.

She just talked her way through every one of them thinking, conferring with herself and sorting out all the possible answers. Many she got right but there were many she said the right answer but enter the wrong one.

I almost lost it on one problem that she worked on for about 5 minutes or so. She came up with the right answer of 12 and then enter 21 before moving on.

I could have gotten very frustrated with testing once again but instead I was with this marvelous kid who was not “testing” but learning, exploring and having a great time sorting out her answers.

When finished she happily clicked done and headed back to class as if this was a great afternoon of play. Her final score for math was ok but really not that great.  But what she learned while processing all that information, asking herself question and sorting her thoughts during that time showed me she will go far.  She above all things is a thinker and a learner.

What a privilege to work with her today! I learned to much about learning.

Ah – testing and first graders you surprised me once again! 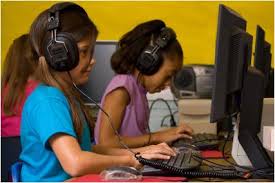 I am a retired Minneapolis Public School teacher. I walk, garden, care for my Grandson and write. Life is good!
View all posts by Joanne Toft →
This entry was posted in Reflection and tagged learning, testing. Bookmark the permalink.

3 Responses to Learning no matter what! Yeah for first graders!